The harder the abrasive, the shorter the blast time

This clearly shows garnet to be significantly harder than all other commonly used blasting abrasives. It is the unique pairing of garnet’s specific gravity (density or heaviness) with its unparalleled hardness that makes BARTON garnet the ideal material for high-performance abrasive blasting. Blasting with softer less dense abrasives will not clean as effectively and may leave behind an inconsistent uneven profile, which can result in premature coating failure. 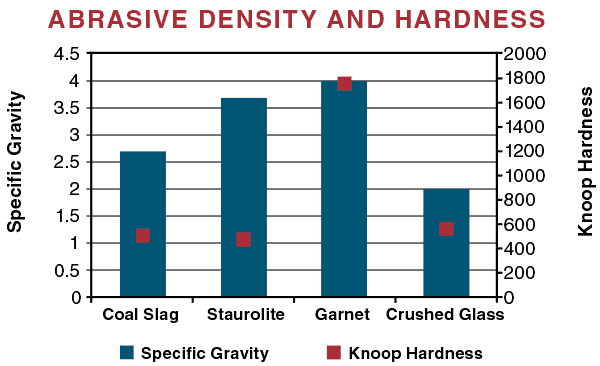 BARTON garnet is two to four times harder and up to two times heavier than ordinary abrasives like crushed glass, coal slag, olivine and staurolite. Our garnet abrasives are available in a variety of grades to match your application needs and work cost effectively.