Mid-Atlantic Coatings, Inc. (MAC) of Chesapeake, VA, is an environmentally conscious, highly regarded, marine blasting and coatings contractor that employs hundreds of skilled employees and a team of SSPC certified coating specialists. The company was hired by Newport News Shipbuilding (NNS) to perform the blasting and coating work on the USS George Washington (CVN-73) during the aircraft carrier’s midlife refueling and complex overhaul (RCOH).

Commissioned in 1992, the USS George Washington (CVN-73) is a 1,100-ft. US Navy Nimitz-class nuclear-powered aircraft carrier with a 4.5-acre flight deck and a capacity for approximately 90 aircraft. The ship entered dry dock at the Newport News, VA, shipyard in August 2017 for extensive maintenance and modernization work under a four-year $2.8 billion RCOH contract. This is the sixth Nimitz-class carrier overhaul awarded to NNS and MAC.

MAC quoted the job with coal slag, which is the conventional abrasive used for blasting a ship’s exterior and the material MAC and NNS used on the last five RCOH projects. However, before the project began, MAC was tasked with finding a beryllium-free substitute for the coal slag due to tightening environmental regulations from OSHA concerning beryllium and the shipyard’s concerns for worker safety.

Finding an efficient, MIL-SPEC substitute for coal slag to remove 15-40 mils of Mare Island epoxy coatings was critical. “We spent months testing a wide variety of materials to blast the hull, and our testing kept coming back to BARTON garnet as the best choice. It was the most productive, and because it produced less dust, it offered a safer work environment,” according to MAC President Vincent D’Auge.

MAC employed numerous innovative processes to enhance efficiency and the quality of the project outcome while also improving the environmental health and safety on the job site. At the beginning of the project, D’Auge took a unique, collaborative approach, recruiting two teams of equipment representatives and materials manufacturers — a surface preparation team and a preservation team — that would work together as partners throughout the planning and execution of the job. In addition to selecting BARTON garnet for the dry blasting, the surface preparation team elected to employ vapor blasting — a first in carrier restoration history. The custom vapor blasting equipment was manufactured by Greener Blast Technologies of Tyngsborough, MA. MAC began the surface preparation with vapor blasting in a daytime operation. The daytime crews completed the first blast of the underwater hull, plus portions of the freeboard, for a total area of approximately 200,000 sq. ft. vapor blasted with BARTON garnet.

D’Auge’s innovations continued with the remaining work on the hull. Rather than dry blasting only at night, which is standard practice, thanks to the low-dusting properties of BARTON garnet, MAC was able to dry blast the hull during the day. In addition to these industry firsts, the project was the first time that an East Coast shipyard used garnet to blast an entire carrier exterior. Upon completion, more than 1.2 million sq. ft. was blasted with BARTON garnet.

“BARTON is a very accommodating supplier, and their garnet is superior to all others,” said Michael Leanzo, vice president of MAC. Leanzo added, “The USS George Washington contract gave us the opportunity to employ innovations that have put us on the leading edge of marine blasting and coating. We have worked toward this moment for 20 years and can provide the best quality of work in the industry.”

BARTON provided technical support to to help ensure the efficient use of the garnet and supplied detailed compliance documentation with every truckload delivered. The procedure, developed specifically for this project, gave MAC all the paperwork needed for MIL-A-22262B(SH) traceability and product compliance. According to Alex Schuster, regional sales manager for BARTON, “This was a massive, large-scale blasting and coating project involving hundreds of workers and dozens of blasters. The MAC production crew was great to work with, and throughout the job they remained focused on product performance, worker safety, and satisfying the needs of Newport News Shipbuilding and the U.S. Navy.”

According to D’Auge, “BARTON really stepped up as an asset and true partner on our surface preparation team. We’ve discovered the genuine value of BARTON garnet; the cleaning speed and consistency have proved its advantages. We have switched all of our blasting from coal slag to garnet, and we’re going to stay with garnet.”

“We were honored to supply over 6,500 tons of garnet, including ADIRONDACK 30/60 CG that we specifically engineered to meet the needs of this project,” said Randy Rapple, president of BARTON International. 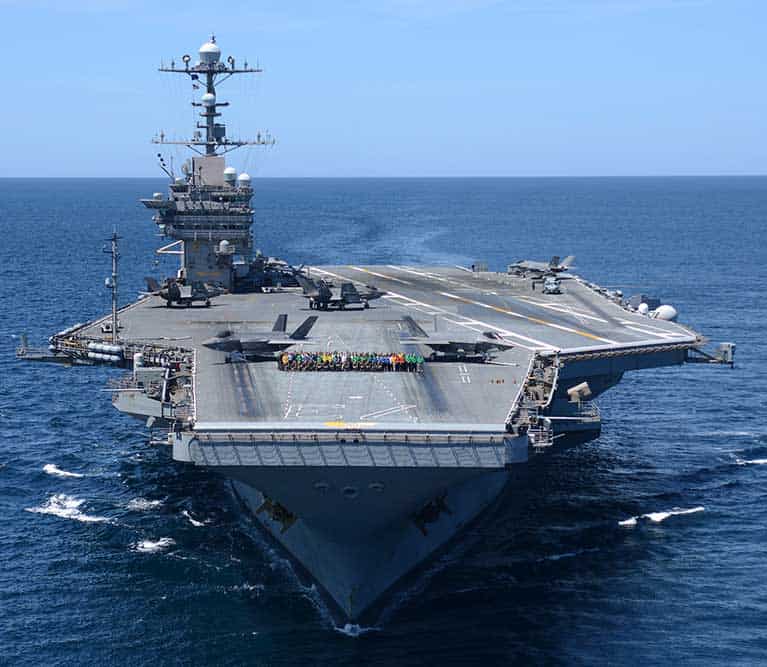 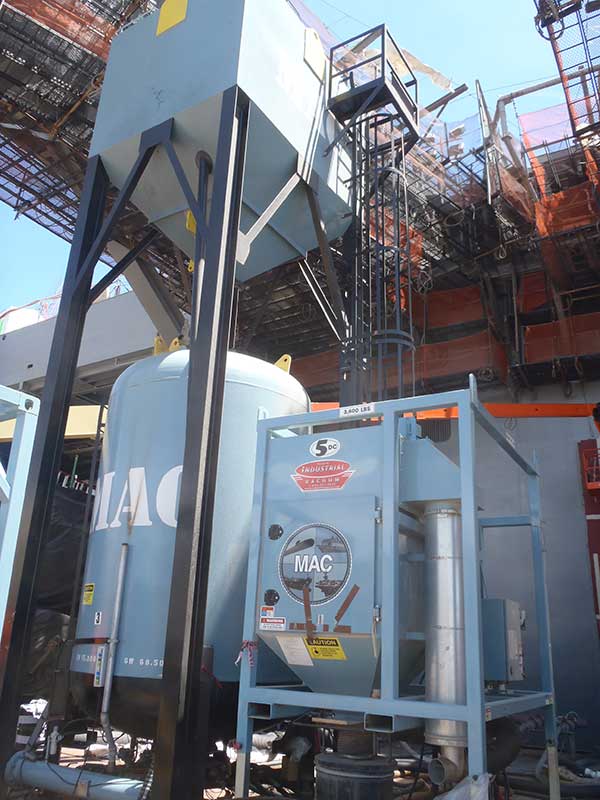 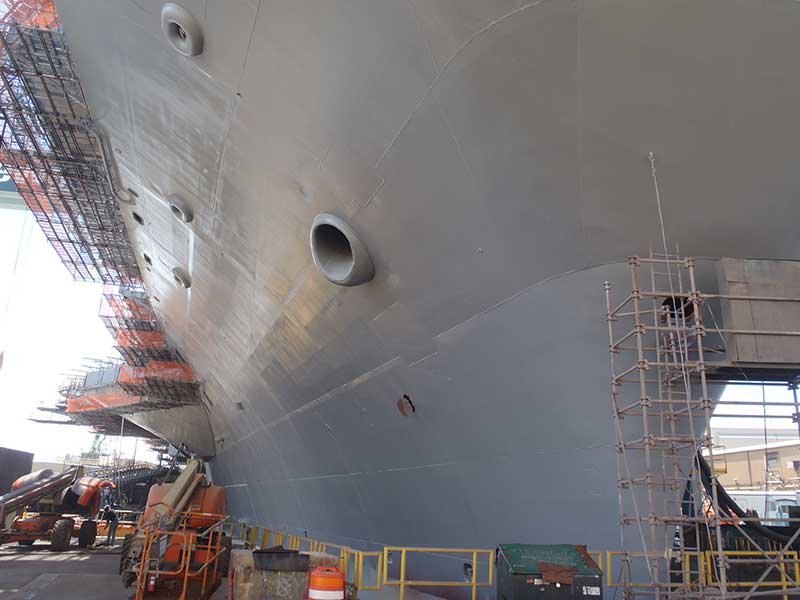 The freshly prepared and coated bow of the USS George Washington (CVN-73).