It was 1878 when entrepreneur Henry Hudson Barton saw the potential in a remote mountainside property in New York State’s Adirondack Region for turning the rugged garnet buried there into sandpaper abrasive for construction projects that would drive the growth of American cities.

More than a century later, Barton’s ancestors have found new opportunity on that same Adirondack Region property — turning the power of the sun’s rays into renewable electricity for today’s homes and businesses.

BARTON is leasing a portion of its original garnet mine property for a solar farm that generates nearly three million kilowatt hours of clean electricity per year. Owned and operated by AEP Onsite Partners LLC, the 6,700-panel farm is located seven miles from BARTON’s existing mine operations, on the site of a former BARTON mine that closed in 1982.

A solar project of this size will eliminate an estimated 1,275 tons of greenhouse gas emissions per year. Likewise, it would require the photosynthetic process of 55,000 trees to erase the equivalent amount of carbon from the atmosphere.

“From our mine and garnet processing operations to our LEED-certified headquarters building, our family continues a proud tradition of environmental responsibility that was championed by Chuck Bracken, our chairman, CEO and a member of the Barton family,” says Chief Operating Officer Chuck Barton. “It’s exciting that the company inspired by our great-great-grandfather is now home to thousands of solar panels that are reducing fossil fuel use and greenhouse gas emissions.”

BARTON purchases 100% of the solar electricity that is produced on the site and then re-sells it to the state’s electrical grid, where it is distributed to a wide variety of users. The solar farm generates about 30% of the energy needed to power BARTON’s mine and processing facility annually, or enough to power 275 homes. The project also lowers the company’s overall energy costs.

“As more solar panels emerge on farm fields and reclaimed landfills, I thought, why not a reclaimed mine site,” says BARTON’s Chief Financial Officer Rich Jenks, who was instrumental in leading both the green building and solar farm projects. “Everything about the solar farm aligns with BARTON’s values and its century-long philosophy of using the land and its products in a responsible way that provides benefits to society.”

BARTON is also sharing its understanding and appreciation for solar energy with area students by creating a unique learning opportunity for the Johnsburg Central School District.  A philanthropic gift from the company recently enabled construction of a pavilion-style outdoor classroom on the school’s campus in the town of Johnsburg, NY. Soon, BARTON will bring electricity to the Barton Outdoor Classroom by funding the installation of solar panels on the roof. The panels will be connected to an online monitoring tool so that students can track the amount of electricity being generated.

“We’ve learned a lot about solar energy since the construction of the farm, and we’re looking forward to giving the students the same learning opportunities,” Jenks says. 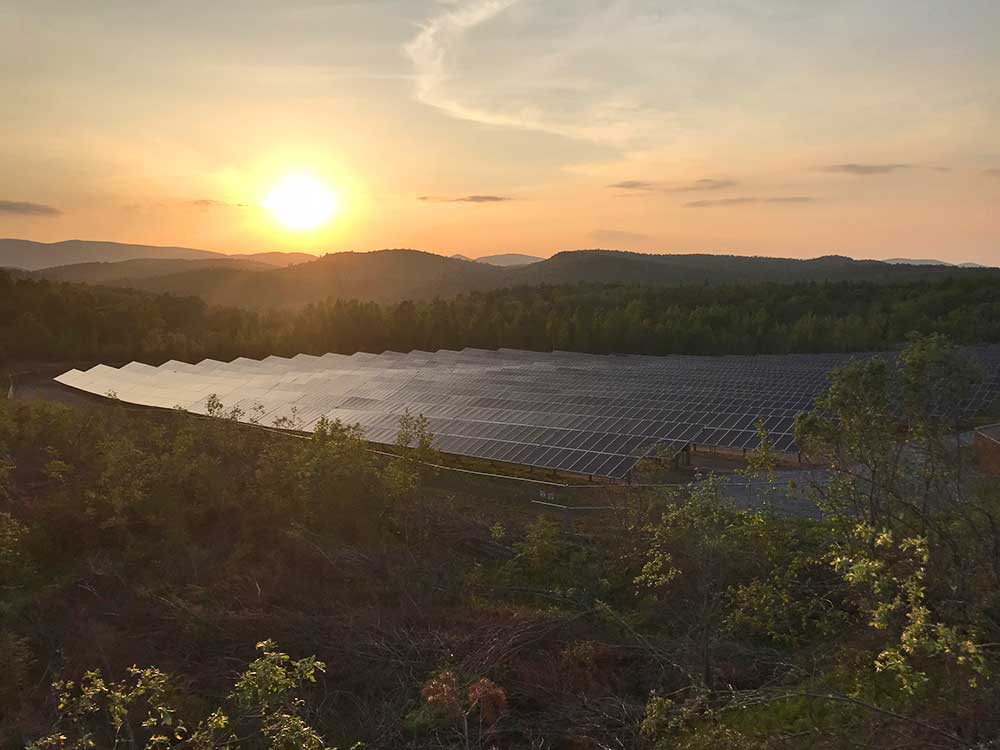 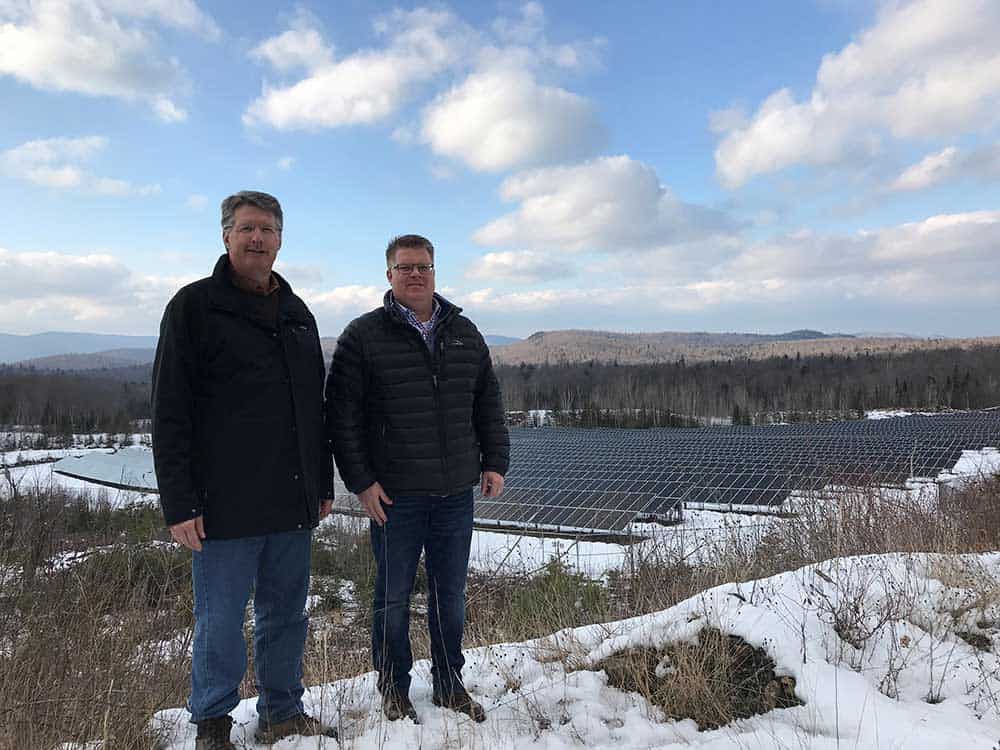 Chuck Barton and Rich Jenks at site of Solar Farm